"UN Armed Forces' member countries that deployed troops to the Korean War stand behind the decision of the Commander of UN Armed Forces to conclude the cease-fire agreement... In Case UN's principle is again challenged by forced aggression, we will get united for the world peace again and fight with them without hesitation."

A quote from the 16 countries' declaration(July 27, 1953) on the cease-fire on the Korean Peninsula

If you would like to see the information about each country's participation in the Korean War, please click the natioanl flag. 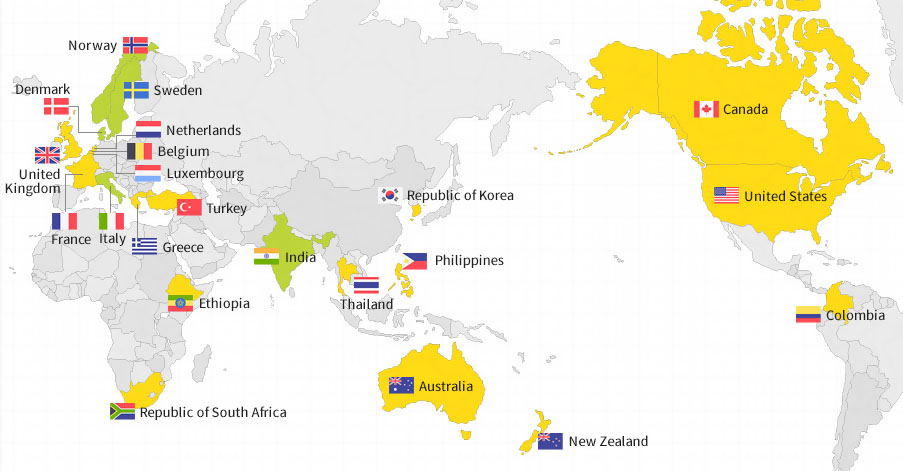